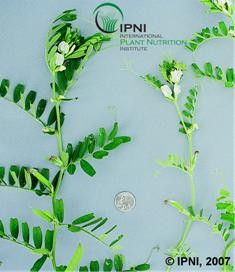 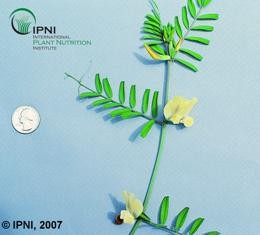 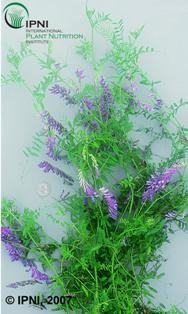 Vetches are usually seeded in combination with a small grain and/or ryegrass on a prepared seedbed for winter grazing or silage. See Establishment Guidelines for Legumes for more details. Grazing must be carefully managed because close grazing will result in the loss of the bud (growing point).

Hairy and common vetch mature later in spring than crimson clover, but are cold-hardy, more tolerant of low soil pH than most clovers, and have a low bloat potential. Some common vetch varieties have been developed that are resistant to root-knot nematodes.

As it begins to mature, toxins within hairy vetch can cause serious (and potentially fatal) animal health problems in grazing livestock. Generally, older cattle can be affected by this problem more than younger, but that doesn’t prevent it from affecting calves or cows < 3 yrs of age. Hairy vetch can still be used effectively in a forage program. However, it needs to be a small portion of the pasture (i.e., diet). Some years will provide wet winter/spring growing conditions, which will lead to more vetch growth than normal. So, one should kept pastures at less than 10% hairy vetch and foster other legume species to avoid hairy vetch poisoning issues.